As a part of Booth Library’s ongoing Muslim Journey’s programming, four history students recently presented their research on various topics in Islamic History to a public audience . After presenting their research to a group which included EIU faculty, staff, students, and members of the Charleston community, the students then fielded questions during an informative discussion session. The panel was organized and moderated by Professor Brian Mann for whom the four students carried out their research projects in the F13 semester. The four presenters and their respective research projects were:

Congratulations to our four students on giving such fantastic and informative presentations! 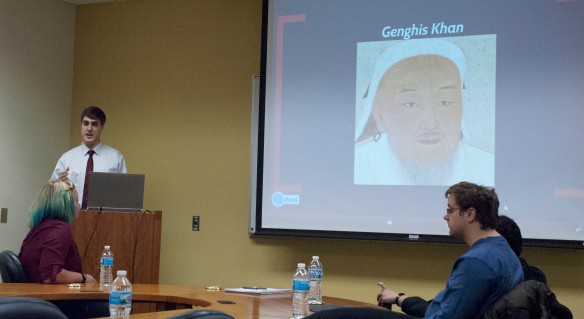