The 34th annual conference will focus on achieving Common Core literacy requirements in the social studies classroom as well as highlight the sesquicentennial of the Civil War in central Illinois. The conference offers a wonderful opportunity for the history and social studies teachers to earn CPDUs, network with other central Illinois teachers, and come back to school refreshed with a handful of strategies to apply in their won classrooms. Dr. Catherine Denial (Knox College, Galesburg, IL) will reflect on her involvement in Bringing History Home, a program in Iowa for integrating primary source work in K-12 classrooms, in the opening keynote and then she and five other presenters will offer one-hour sessions that will include three sessions about Illinois’s Civil War history (including information about teaching about the war using primary sources), a session by Dr. Denial and about the SOCC Approach to Primary Document Use, a session on employing trade books to meet Common Core goals, and the annual Swap Shop of Ideas, Methods, and Materials. The day concludes with a luncheon where teachers can network and continue to share strategies and ideas about social education.

Bailey K. Young is very familiar with the Metro system in Paris, where over the years he dug up many an old bone and brushed the dirt off many an old stone when he wasn’t attending classes on Merovingian archaeology (and later teaching them).  But put him on the London Underground, en route for the Roman and Medieval treasures stored up in the Museum of London (just up the way from St. Paul’s Cathedral), and what does he come upon but a sign that might be taken as a hint he is no longer as young as he once
was.  Egad!

Professor Young, accompanied by his wife Christine (formerly of Paris, not the one in Illinois), was teaching last semester at Harlaxton College in Lincolnshire (they call it the Presentation Term there).  One of the joys of that term was being able to show his students sites like Stonehenge, as you see him doing here: 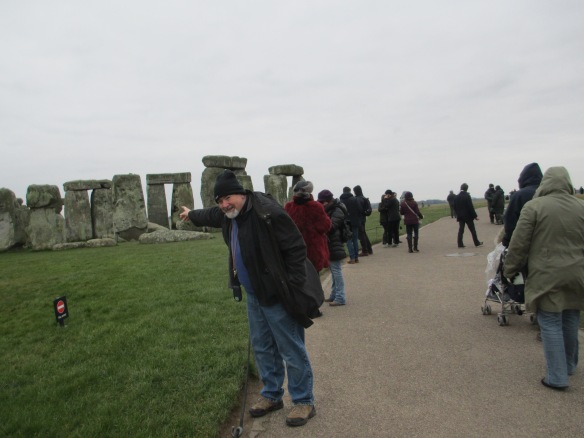 How old?  For more information on the latest conclusions on the history and chronology of Stonehenge sign up for his Archaeology of Early Europe class! 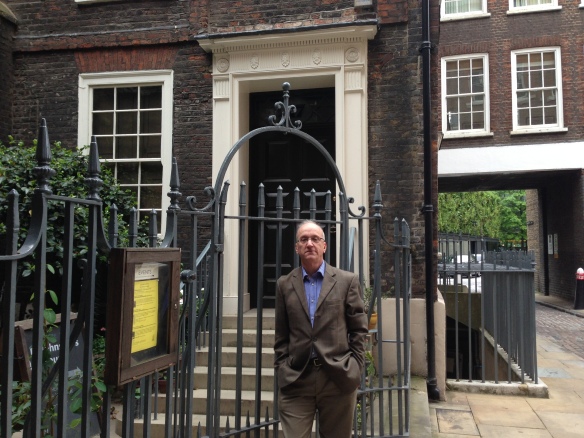 Proving to be a believer in Samuel Johnson’s edict that “when a man is tired of London, he is tired of life,” Charles Foy took two trips to London this summer. The first in June was to do a public lecture, “Remapping the Black Atlantic,” at the Black and Asian Studies Association at the University College of London.  In July Dr. Foy returned to London to present a paper, “The Royal Navy, 1775-1783: An “Island of Liberty” or A Strategic Employer of Black Labor?” at the National Maritime Museum’s “Navy and Nation” conference. The conference focused on the Royal Navy’s role in shaping Britishness and component notions of class, race and gender.   A revised version of Dr. Foy’s paper will be published next year in a NMM anthology.